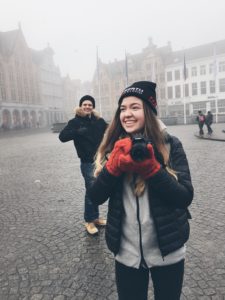 On January 21st 7 students from Iceland went to Belgium for an Erasmus+ project. One of those students was willing to give us a little insight on her experience there. Birgitta, 18 year old from Iceland said:

“The trip itself started off with an early rise at 4am on Saturday morning… (way too early for my taste, but worth it because I mean who doesn’t like travelling!?). Every member of the group was excited to go, the flight took about 3 hours and after landing that a long train ride awaited us. We were supposed to take 3 trains from Amsterdam to Waregem but ended up taking 5 because of a train accident that happened on the same tracks as our train was on. Finally after stopping in Gent (not our originally planned stop) the families picked us up and I got to meet my exchange student. I was happy with the family I stayed with, they really made me feel like home. We had one free day with the family before our first school day at Heilig-Hart College, there I got to see a typical day in Belgium which was very interesting, there is a lot of difference between Iceland and Belgium. For example: I have never eaten as much chocolate for one week as I did there (but the chocolate was really good). So that was a very interesting thing for me to experience. On Monday morning we went to school and most of us in the Icelandic group agreed on how weird we thought the school system in Belgium is, and the rules of their school: Always wait outside between classes, bathrooms in a different building, a church at school, no leaving the school property at school time and strict rules on how to dress properly. In Iceland we have a lot more “freedom” especially with having no rules about how we want to dress. We met up with more kids from Belgium that had exchange students from Norway and Hungary and we worked with them on our project. Project work took a lot of time but every student really put in all their best work to make the outcome look good. I was happy about how easy it was to work with the other kids from different countries. The project seemed hard at first but it was fun as well so that helped us get many great ideas and the work was quickly done. The great thing about this as well was the trips we did considering the project, going on company visits and more. We got to see a lot of interesting and creative things. We had a great time out of school as well, getting to know the group a little better and all the other exchange students. They showed us many typical Belgian things and we had a lot of fun together, what stood out for me was for example when I was taken to see a soccer match, I play soccer myself so it was awesome to go and experience the atmosphere at a soccer game in another country. I got a VIP ticket so we watched the game inside in those cool seats and we were offered food an drinks as much as we wanted and after I got to meet one of the players of the home team! We also got a little time to shop which made the Icelanders very happy. On Friday night we had a barbecue with all the delegations at the Waregem sports center. The morning after the trip back to Iceland began, long train rides and the flight home. Everyone was a little exhausted but happy with the week we spent in Belgium. Would I go back or do something like that again? Yes definitely, it was such an amazing experience and I learned a lot and got to know a lot of great people!” 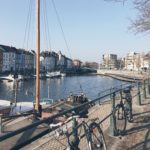 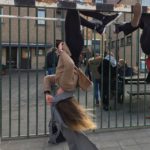 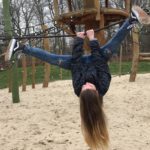 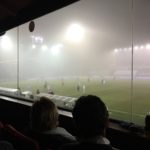 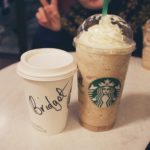 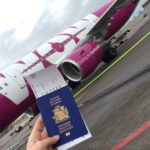 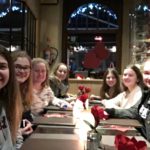 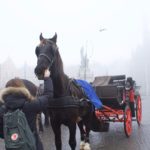