This was the day for the food court. Each nation were to represent food from their own respective country. Some pupils came a little earlier to school to prepare the food court. When the preparation was done, the students had a nice time trying the typical Norwegian, Belgian and Spanish food. 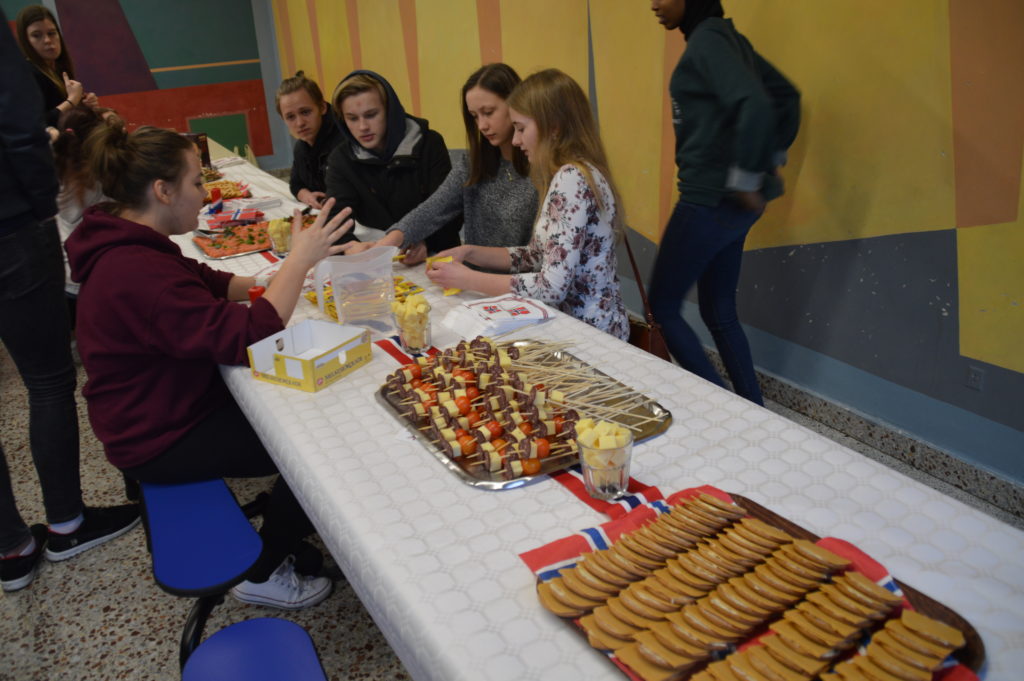 The table of the Belgian students mostly contained chocolate, like chocolate mousse and Côte d’Or chocolates but also pancakes and “speculoos” (a sort of ginger bread). The Norwegians had a lot of salmon with a typical sauce. They also presented the famous “brown cheese”, with oath biscuits. Norwegians also have a chocolate which they are very proud of. 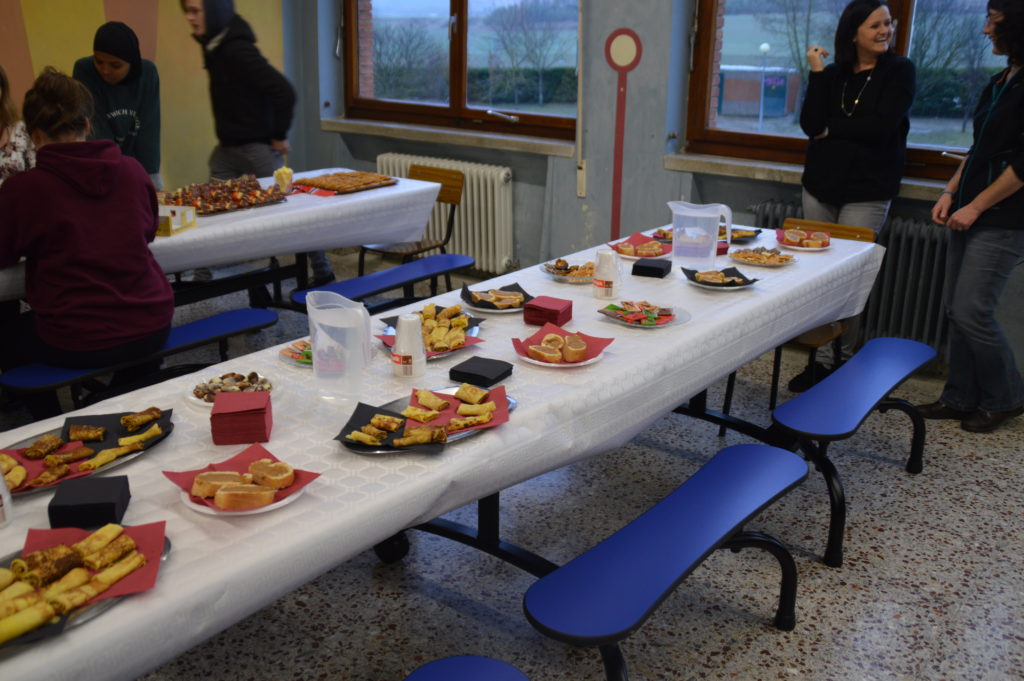 Bringing small samples, the Spaniards and the Belgians got to taste it. The Basque students brought a typical sausage (txistorra), potato omelette, “arraultz beteak”, olives, “pintxoak” 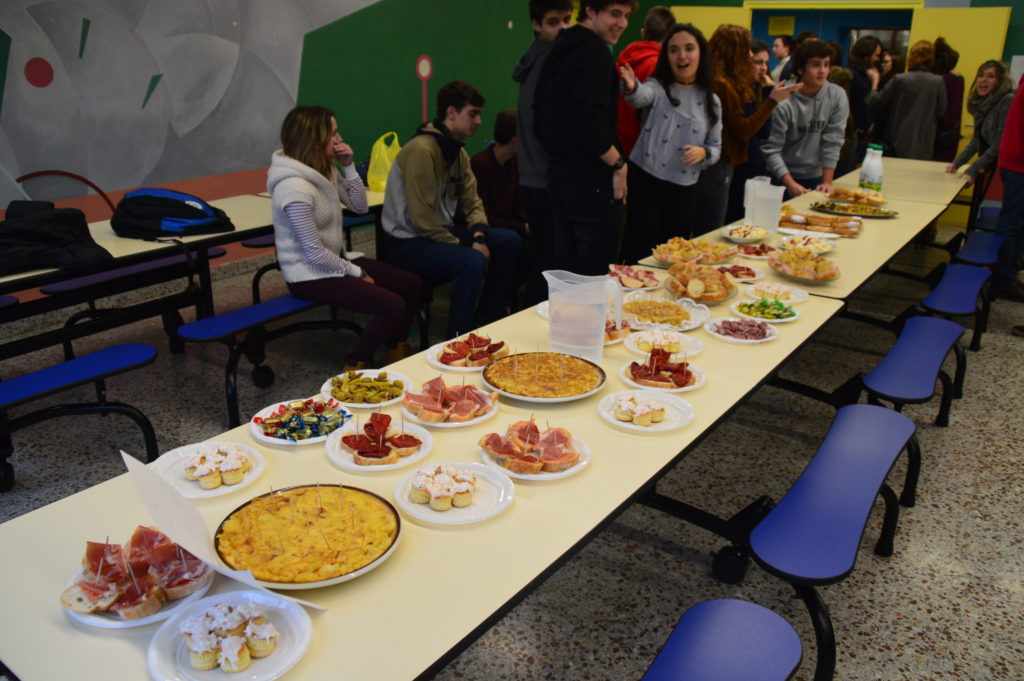 During the foodcourt the parents of the Basque pupils visited us and joined us eating the typical things from other countries. The students also made contact with the Norwegian and Basque pupils. We had a lot of fun and were laughing all the time and learning each other some words of our languages.