Day 1: We’re finally reunited! The excitement of seeing the girls again was kept up as we all went to a fireworks display to celebrate the 5th of November, which was interesting to tell the girls about with the history of the day. After the fireworks, we went to a fun fair. The adventurous ones tried out a ride while Lene discovered candyfloss and it went down a treat. It was an early night as the travel from Sykkylven to Bushey is not a short one and the Norwegian girls were pretty tired (us English girls too but we don’t have such a valid reason)! We can’t wait to show the girls around St Margaret’s and London on Tuesday and hope that they have a great time with us! By Megan F. 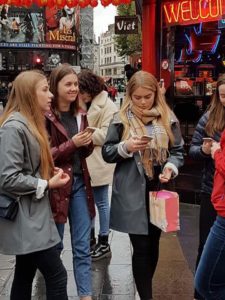 Day 2: Today was our first day at school. The Norwegian girls were given a tour of our school, which they’ve said was very different to theirs due to its rich history. They thought it was pretty big too and are still trying to get their heads around how busy everywhere is! Bushey’s population alone is 24,000 – massive compared to Sykkylven’s 7,695! After break, we got introduced to our project, in which we will be using Quizlet and applying it to subjects outside of Modern Foreign Languages. We spent some time getting to know Quizlet’s features and how it works before we were split into two groups. The first group attended Mrs Hardy’s Year 7 History lesson while the second group attended Mrs Anderson’s Year 8 Biology. Besides how difficult biology is now compared to our days, both groups took notes in order to produce a Quizlet with which the class students will revise for their upcoming tests. We all really thought about what would make our Quizlets age appropriate and as useful as possible so we adapted questions to be concise and understandable as well as adding images to try and promote the students’ memory of the answers while they are revising. After what was a very long day (the Norwegian school day finishes 2:30pm), we all headed home for our ‘Family Night’ so everyone can get ready for a very busy week to come! By Megan F. 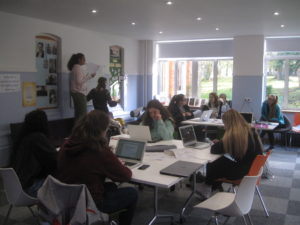 On Tuesday, we went in to London and got guided around by Roxanna. We visited a lot of places, mostly in central London. We started off in Green Park and continued with Buckingham Palace. It was very interesting watching the guards and their unique uniforms. Further on we went through St. James Park and then we got to experience the Horse Guard Parade. After walking around for quite a while, we took a little break at a coffee-house. A quick refill with energy and we continued the tour. We visited a lot of places during our day in London, but it was of course exciting to visit famous travel destinations like Big Ben and London Eye. Around three a clock we met up with the English girls in Camden. After being in Camden for a little while we took the tube to Oxford Street. Here we went shopping and in the evening we got to see the Christmas lights being turned on. This was an amazing moment and it was very pretty. In the end we went to a nice restaurant before we ended the night. All in all it was a great day, where we got to see and experience a lot of things.   By Silje Kvalsund Jarnes 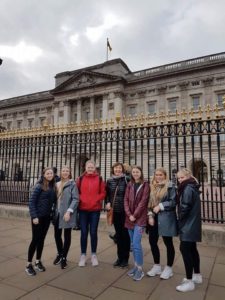 Day 4:  AM: The process for making the questions for a history lesson for years 7 was fine. It was a bit difficult to figure out what questions we should be asking. We divided into two groups, Ingrid and Caitlin was making the closed questions (yes or no questions) while Sofie and Lene was making the open questions. At the end we shared and helped each other with the questions with the groupe who was making questions for a biology lesson. The group who worked on the Biology questions (Sophie, Sofie K, Silje, Megan, Vidhi, Ingrid R) found it easier to identify questions but they thought that this was down to the nature of the subject. They split into pairs; one pair coming up with types of questions (a mix of definitions, word equations and longer responses), another typing them up and another deciding what images would be most appropriate in helping the pupils remember the answers. Both groups found this activity to be quite easy to do as a group as there were different parts to the process of making the revisions questions.

We also went to a language class (German, Spanish and French) and told them about our Erasmus project. We explained why they have to fill out a form about the use of quizlet for us.  By Sofie S. 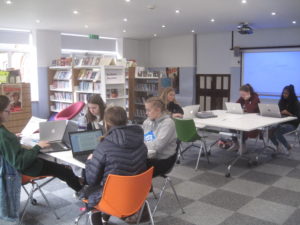 The day started with a ceremony. They had a ceremony to honor the people who died in the World War One. Remembrance Day. After that we took the minibus to Windsor. It was about a 45 minutes’ drive. When we arrived we walked up to the castle. An amazing and big castle. There was so many beautiful details and amazing architecture. It took us a about two hours to get around the castle.

After exploring the castle we walked to cafe Nero down in a pedestrian street. We eat our food and some coffee. After sitting there for a while we decided to go shopping. Around two o’clock we took the minibus home. It was a lovely day. By Megan F. 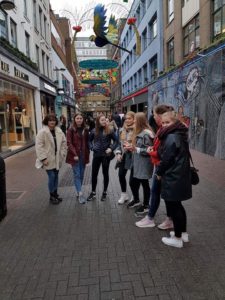 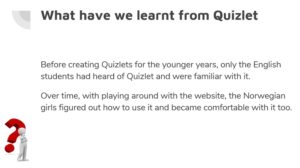 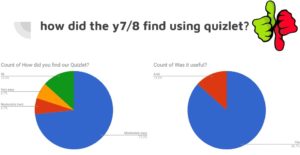